Because of you, we never stop.

We break boundaries.
We pioneer solutions.
We make the impossible possible. 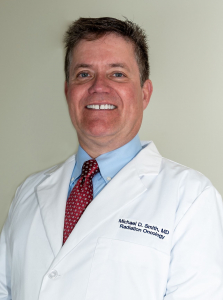 While not practicing medicine, Dr. Smith is an avid Scuba Diver and enjoys collecting antique Medical books and equipment.

Klaus Buzzi, DABR (Diplomate of the American Board of Radiology) is a key member of the Care Logistic’s management team. Mr. Buzzi joined USMD in 2006 and has served as President of the USMD Cancer Treatment Centers Division. Klaus Buzzi created a business model for USMD that focuses on implementing meaningful clinical technology and as a result of adopting his business model; the Cancer Center program has enjoyed spectacular growth under his leadership.

Currently, Mr. Buzzi is the Chief Medical Physicist here at MC Radiation Oncology Center and oversees the Radiation Therapy Program. Mr. Buzzi’s background is in medical physics and he has attained board certifications in all three medical physics specialties:

Mr. Buzzi is one of only several physicists in the country to be triple board certified in Nuclear Physics, Diagnostic Radiological Physics, and Therapeutic Radiological Physics.  He received his Undergraduate Degree in Biology at St. Francis College in New York and went on to earn a Graduate Degree in Physics from Hunter College, CUNY in New York.

Mr. Buzzi spent the first four years of his career at the Memorial Sloan Kettering Cancer Center, followed by 14 years of service as the Director of Physics, at the Nassau County Medical Center. While at the Nassau County Medical Center he was privileged to assist Dr. John Archembeau in his research on early proton treatments and boron neutron capture activities at the Brookhaven National Laboratories.

From 1986 to 1993, Mr. Buzzi revitalized the Biomedical Physics Program at the King Faisal Specialist in Riyadh, Saudi Arabia, serving as Chairman of the Biomedical Physics program there for the last three years of his contract. Mr. Buzzi established the first Secondary Standards Dosimetry Lab in the Middle East and restarted a number of dormant programs, such as the fast neutron treatment facility, as well as introducing new technology, such as PET and spectroscopic MRI.

In recent years, Mr. Buzzi’s interest has progressed to the application of his medical physics expertise in various business environments. We at MC Radiation Oncology Center are thrilled to have Mr. Buzzi oversee our program. 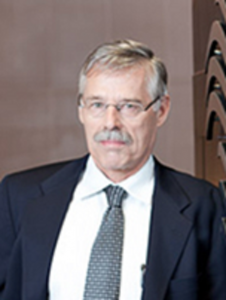 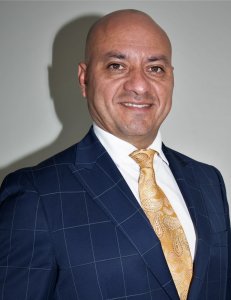 A healthcare professional with experience in the Operations and Management of Radiation Oncology Departments and Comprehensive Cancer Centers. Fiscally responsible with a strong strategic planning background. Experienced Executive with proven distinction and success driving successful start-up and expansion programs.

Edwin graduated with an MBA from St. Joseph’s College, with an additional focus in Executive Management from Wharton University in Philadelphia. Licensed Radiation therapist and Radiologic technologist. Vast experience coordinating clinical programs while overseeing the development and operations of Radiation Therapy and Diagnostic Radiology programs for residents.

Currently, Edwin is running his own Healthcare Business Consulting firm. Edwin worked with eviCore, a specialty benefit Management Company for the last 5 years where he Was the Associate Director of Clinical Operations, Radiation Therapy Program.  Responsible for evaluating policies and health care compliance to ensure regulatory standards and best practices are maintained. Now Edwin has joined MC Radiation Oncology Center as the Executive Director.

In 2002, Carlos founded CareNational Health System, Inc. -“An Integrated Healthcare Delivery System”- which has established contracts with over 5,000 healthcare providers in Florida and has formed contractual relationships with multiple Managed Care Organizations, Accountable Care Organizations, and Pre-Paid Health Plans. Several Plans have used CareNational’s contracted network to obtain and maintain network requirements necessary for State and Federal and successfully obtained approval operating in the State of Florida. The strategy of CareNational was to create an integrated healthcare delivery network to assure the delivery of Quality Care to patients and our commitment to helping physicians manage and market the business of medicine by effectively involving the company and the participating providers.

Complementing the existing platforms, Carlos founded Family Health Choice, Inc. In 2009, – A Discount Medical Plan that is committed to helping the un-insured patients receive Quality Medical Care at a cost-effective price by effectively involving the Patients and the Medical Providers.

Understanding the need to provide quality health care under one roof in 2010 Carlos founded OptionOne Medical Centers, LLC. – A Medical Group that engages Primary Care Physicians, Specialty or Ancillary Providers at the Medical Practices in specific locations. This model will facilitate the delivery of direct healthcare services to patients which will be coordinated by their Primary Care Physician. 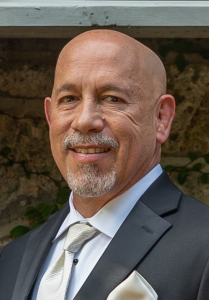 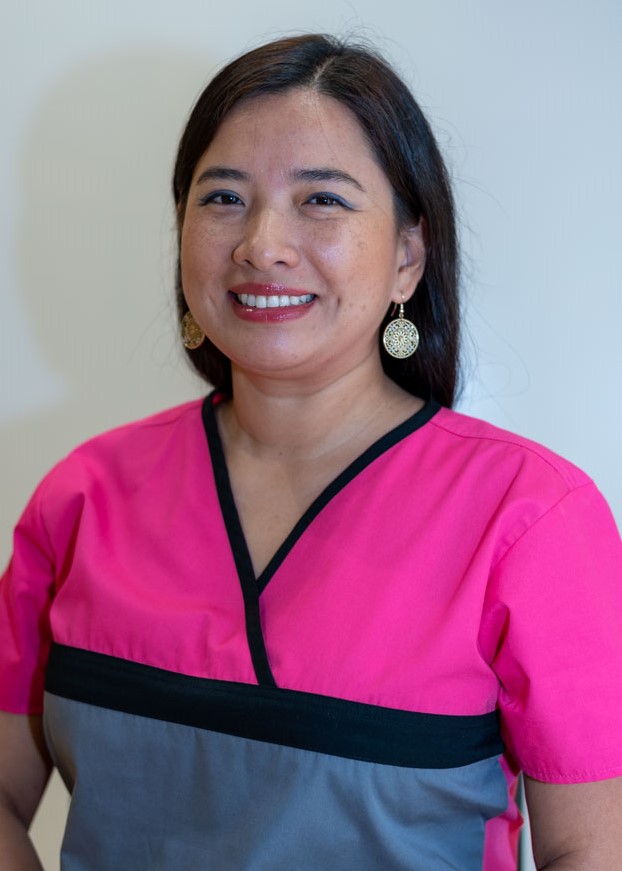 Sui is a board-certified Radiation Therapist at MC Radiation Oncology Center. After finishing the radiologic technology program at Broward College, Sui decided to pursue a career as a Radiation Therapist and graduated with the highest honors in 2009. She has trained at various cancer centers such as the University of Miami Sylvester Cancer Center, Mount Sinai Medical Center, Orlando Health and JFK Medical Center and has been given many awards and recognitions for her exceptional work. She believes in serving and providing outstanding care with a compassionate and kind heart to those in need. With a vast knowledge on various treatments and technologies, she has received specialized training in the Radixact Treatment Delivery System, one of the latest and most precise treatment machines in South Florida.

Sui grew up in a multi-cultural family where she learned to speak Spanish, English and some Chinese. She loves to cook especially peruvian ceviche, do yoga, sing karaoke and spend time with her loved ones.

“It is a privilege to be part of my patient’s lives, to help them and their families on the cancer journey” “the relationship is very special with each of them, and it is important for me to make them feel comfortable, save and cared” 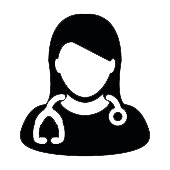 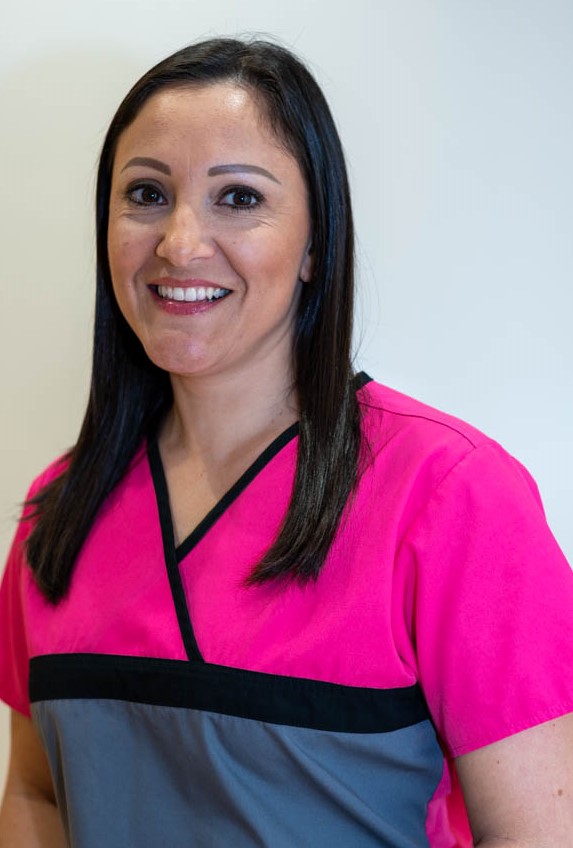 Florencia Reyes is a radiation therapist at MCROC and has been a licensed therapist since 2017. She’s a member of the American Registry of Radiologic Technologists and American Society of Radiologic Technologists. She graduated with honors from Mayo Clinic Jacksonville, Florida as a Radiologic Technologist and earned her Associate’s of Science Degree in Radiography as well as her Radiation Therapy Certificate from Florida State College of Jacksonville, FL. Florencia’s passion of caring for others started in 2005 as a Patient Care Technician and from there she furthered her education and training in the medical field. Florencia has a warm manner and careful approach to her patients that makes her an excellent therapist. She enjoys all aspects of radiation oncology but has a passion for direct patient care during the radiation therapy treatment process.

In her free time Florencia loves her time at home with her family specially her husband and twin children. She enjoys family outings, cooking, furniture restoration and crafts.

Provide a wide range of financial services to our patients from insurance billing to private pay options. Dedicated and passionate about making sure our patients understand the financial process while in our care. 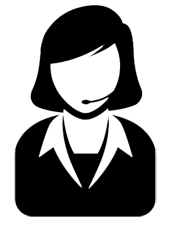 Angela De Rojas is a bilingual (English/Spanish) compassionate, motivated and highly detail oriented Medical Receptionist at MC Radiation Oncology Center. She was born and raised in Miami and is of Cuban and Colombian decent. Angela is currently pursuing a bachelor’s degree in communication at Florida International University Honors College, where she routinely makes the Dean’s List, but has worked in the health field for the past few years. She has been an administrative assistant at multiple offices with different specialties including Pediatrics and Family Medicine. Angela has also served as the Pre-Operative Clearance Scheduler for a facility in the past. She has worked closely with patients of all ages always making sure that their experience is exemplary from the moment they step through the facility door. Angela expresses that her desire to be around people and provide the best patient care is what drives every day.

In her free time Angela enjoys reading, spending time at the beach, and watching baseball. Angela looks forward to speaking to you and helping you book your next appointment with us at MC Radiation Oncology Center. 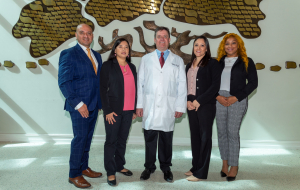 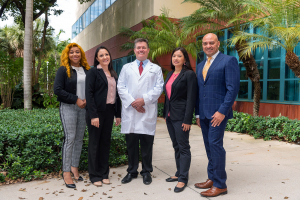 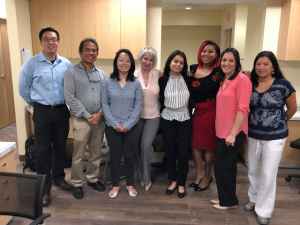